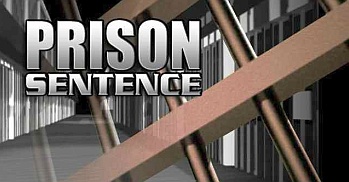 An extensive sentencing hearing was held Thursday morning in Marshall Superior Court I before Judge Robert Bowen in the case against Dustyn Miller.

The plea agreement reached between defense counsel Tom Black and Chief Deputy Prosecutor Tami Napier provided for DustynMiller to plead guilty to Attempted Murder and all other counts would be dismissed.  This was from a December 2015 incident in Bremen.  Miller attacked his mother at her home in Bremen, chasing her into the garage where he attempted to kill her by strangulation.   A neighbor heard her screaming and called police.

There was an agreement that any sentence imposed by the Judge would be capped at 20 years imprisonment.  In other words, the most Miller could be sentenced to was 20 years executed.

The victim of the attempted murder, Miller’s mother, urged Judge Bowen to release Dustyn to her custody.

The Prosecutor’s Office noted that Mr. Miller has an extensive criminal history.   He rarely succeeded during previously suspended sentences or terms of probation.  That, coupled with the vicious nature and circumstances of his offense, notably that the victim was his own mother, was Chief Deputy Prosecutor Napier’s  adamant position that Mr. Miller be sentenced to an extended period of incarceration.  It was also noted Mr. Miller was not an ideal prisoner while awaiting resolution of this case.

The defense argued as mitigating factors that Mr. Miller pled guilty, he had extensive family support, and he has been crippled by mental health issues for a number of years.

In the final analysis, Judge Bowen found that the aggravating factors were balanced out with the mitigating factors.  As a result, Judge Bowen imposed a 20 year sentence of imprisonment with 8 years of the sentence suspended, yielding an executed sentence of 12 years.  The Judge also recommended that the Department of Correction place Mr. Miller in a mental health facility.

Marshall County Prosecutor Nelson Chipman said, “This was a very challenging case in terms of trying to reach a consensus on the result.   This is a situation where the victim of a vicious and almost lethal attack was not in agreement with our position that the defendant needed to be incarcerated for an extended period of time.  We can only hope that while incarcerated Mr. Miller receives the treatment he needs to address the mental health issues that are so evident.  But for right now, he is where he needs to be; and the community is safer because of it.”