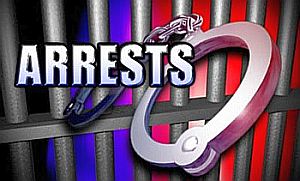 Three people have been arrested for theft and forgery from the Plymouth Pallet Company on Markley Drive.

On November 13, the Plymouth Police Department received a report from the owner of the Plymouth Pallet Company regarding the theft and forgery of several business checks.

Detective Leo Mangus with the Plymouth Police Department conducted an investigation resulted that resulted in the arrest warrants being issued on November 22 for the three suspects.

34 year old Kelly Cowger of Plymouth had been arrested regarding another case and was in jail when the warrant was issued.

All suspects are currently in the Marshall County Jail with cash bonds set at $1,500.00.