Plymouth Police Officer Stuart Krynock was contacted by employees at the BP Gas Station at 423 North Michigan Tuesday afternoon about 4:15 for in a subject who would not leave the property.

The officer spoke to the manager who pointed out 27 year old Justin Kale Montez of East Jackson Street, who was returning again.  While speaking with Montez about the situation he refused to leave the property. As Officer Krynock attempted to place Montez in custody for criminal trespass, he resisted. 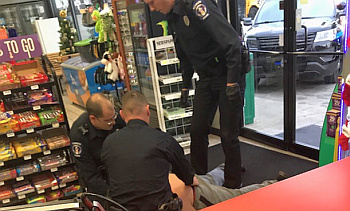 Montez was lodged at the Marshall County Jail for Battery against Public Safety Official, Resisting Law Enforcement and Trespass.  He was given a court date of January 9, 2018 and a cash bond of $1,500.