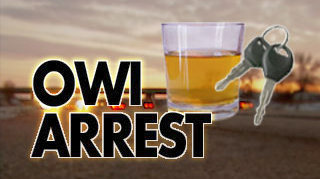 A traffic stop conducted near the intersection of Western Avenue and North Street last Wednesday night at 10 resulted in the arrest of the driver.  31 year old Phillip M. Marshall of Lawndale Avenue was determined to be operating a vehicle while intoxicated by Plymouth Police Officer Matt Emenhiser.   Mr. Marshall was placed into custody and transported to the Marshall County Jail and charged with operating a vehicle while intoxicated.

Thursday afternoon about 4:15 Plymouth Police Officer Matt Emenhiser conducted a traffic stop near the intersection of 4th and Jackson Streets. Through and investigation it was discovered the driver, 42 year old Jeffery Samuels of Jackson Street was operating a vehicle while intoxicated. Samules was transported to the Marshall County Jail and charged with that crime.