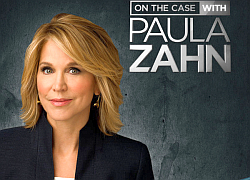 The story of two Mishawaka, Indiana church organists who were murdered a few miles apart in 1981, will be the focus of Paula Zahn’s national television program devoted to ‘cold cases’ at 10 p.m. this Sunday evening on the Investigation Discovery Channel.

The story, entitled “Deadly Hymn” will feature St. Joseph County Metro Homicide Commander Tim Corbett who successfully worked the case in spite of the years that had gone by. This will be Corbett’s second appearance on the national program.

In 2007, Daniel Seltzer was about to be released from prison after serving time for a different 1983 murder. Seltzer had been convicted in the homicide of George Lamphere.

In the program this Sunday, Corbett reveals how he and prosecutors surprised Seltzer just as he was about to be released from prison with new charges for the 1981 murders. Both of the 1981 victims were church organists, just miles away from each other, and both were found choked to death in their apartments.

Corbett and his team used DNA evidence found on cigarette butts to link Seltzer to the homicides death.