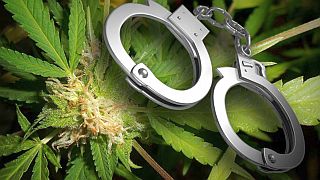 Plymouth Police Officer John Weir conducted a traffic stop Saturday afternoon about 2:20 in the 1400 block of North Michigan Street on a Buick Rendezvous.

During his investigation it was learned that the driver, 27 year old Anthony Norris of Argos was driving on a suspended license with a prior charge.

City K9, Jax did a walk around and located a plastic bag under the driver’s seat containing suspected marijuana.

Mr. Norris was taken to the Marshall County Jail and held on a $750 cash bond.