INDOT will NOT Move Forward with J-turn Plans 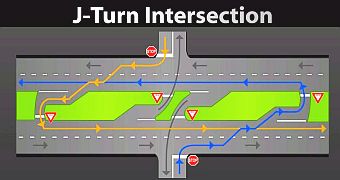 The Indiana Department of Transportation will not install J-turns at intersections along U.S. Highways 31 and 24 at this time, according to State Representative Bill Friend (R-Macy) and State Senator Randy Head (R-Logansport).

Specific intersections include U.S. Highway 31 at State Roads 10 and 110 in Marshall County, State Roads 18 and 218 in Miami County, and U.S. Highway 24 at County Road 600 East and Logansport Road in Cass County.

“This announcement comes after several conversations with local officials, INDOT and the governor’s office,” Friend said. “Ultimately, it came down to the public. They came out, voiced their concerns and let INDOT know how J-turns could impact our community. I want to thank INDOT for their willingness to listen to our concerns.”

In addition to attending public meetings to hear firsthand the concerns of constituents, Friend and Head met with INDOT and the governor’s office to echo the community’s reservations over installing new J-turns in Cass, Marshall and Miami counties.

“Many constituents and I have voiced our opposition to J-turns to INDOT, as they would back up traffic and require vehicles to merge through four lanes of traffic to turn,” Head said. “I am pleased INDOT is willing to reexamine its original plan, and I am eager to work with INDOT to find an even better solution to the problem.”

INDOT will continue to monitor safety conditions on both U.S. Highways 31 and 24 and keep all options for addressing long-term safety of the routes on the table.