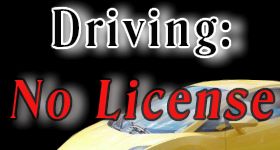 On Thursday evening November 9th, about 6:45 Officer Chad Beatty arrested 21 year old Sasha Kepler of Plymouth following a traffic stop at Dickson and Michigan Streets. Kepler was found to be driving without a license.  She was lodged in the Marshall County Jail on a $250 cash bond.

33 year old Juan Perez Ordonez of Elkhart was arrested Sunday afternoon by Plymouth Police Office Ben McIntyer at Oak and Hoham Drives.  Ordonez was stopped for a speeding violation and it was found he had never received an Indiana driver’s license.  He was booked into the Marshall County Jail on a $250 cash bond.