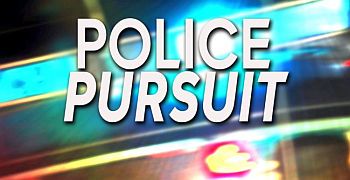 Plymouth Police were involved in a pursuit Thursday evening that ended with a South Bend man being arrested on multiple charges.

About 10:45 Office Emenhiser observed a red passenger car with an equipment violation. While attempting to conduct a traffic stop the vehicle began to flee. The vehicle accelerated at a high rate of speed leading police in a pursuit toward the south side of Plymouth.

The vehicle lost control near the intersection of Michigan Road and U.S. 31 but the driver was able to gained control and began driving north on U.S. 31.   At times the vehicle was driving with speeds over 100mph.   The vehicle came to a stop just north of Veterans Parkway exit.

Graham was transported to the Marshall County Jail and charged with Resisting Law Enforcement with a Vehicle, Possession of Meth, and Possession of a Syringe.