Tennis Court Project to be Completed this Month 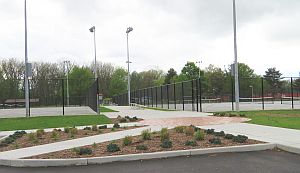 The new tennis court project in Centennial Park will be complete later this month.

During Monday evening Plymouth Park Board meeting Park Superintendent Mike Hite said Michiana Contracting will completing the project by mid May.  The company that specializes in surfacing the courts will be in town the week of May 8th.  The process to place the surface will take five to seven days and another 4 to 5 day for them to cure.

Michiana will also be completing the landscaping and working the soil around the courts and additional seeding. 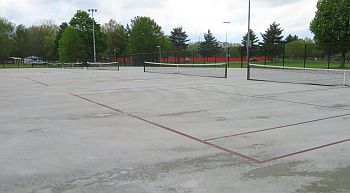 Hite said people have been playing on the courts with the temporary lines that were placed.  He said they will have to lock the courts while the surface work is being completed and after when the material is curing.