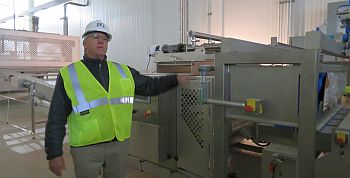 Last week representatives from the Plymouth Mayor’s Office, Redevelopment Commissioner and Marshall County Economic Development Corporation and a few other invited guests were able to tour the nearly completed Pretzels Inc. building on the city’s northwest side. 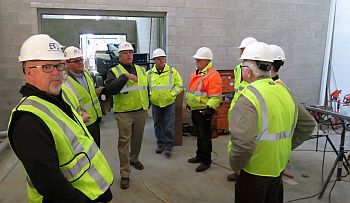 Chip Mann, the son of one of the founders told the group the facility is about three weeks away from going into operations. 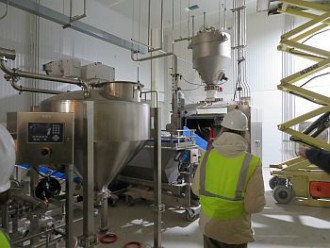 Paul Schaum, the Vice President of Operations of Pretzels Inc. said the whole thing began on June 4th last year with a fire in their Pennsylvania Plant.  Within days the decision was made to rebuild but they wanted to be closer to the corporate headquarters in Bluffton, In.  A company was hired to assist with locating possible locations.  Initially 22 sites were proposed in three states.  That list was narrowed to two sites, one in Warsaw and the one in Plymouth.  Because the shell building was ready for a company to hit the ground running to finish the inside the Plymouth site was selected and in just 4 short months the 45,000 square foot facility has been modeled into one of the “top of the line” food safety plants in the nation.

Currently 28 employees of the 35 needed have been hired and are in the training portion of their employment.  Mr. Schaum said nearly every employee hired is within a 10 minute radius of the facility.  He also noted that over 300 people applied for the 35 jobs.  They will be working 4 days a week with 2 shifts of 12 hours but in the future will increase to 24/7. 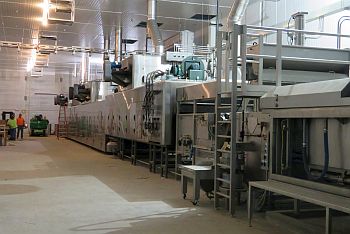 Pretzels Inc. currently has one processing system and will be making the peanut butter filled pretzels. The 104 foot oven not only bakes the pretzels but also acts as a kiln for an additional 104 feet and removes the moisture. 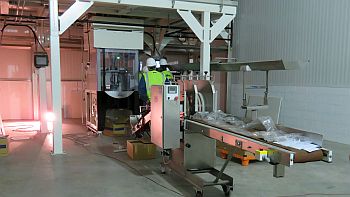 70% of the product produced in Plymouth will be shipped to Bluffton for distribution while the other 30% will be direct shipped from the Plymouth facility.  Schaum said a second oven system will come on line in the next 12 to 18 months increasing the number of employees again.