Bokhart of Walkerton Arrested by County Police on Multiple Charges 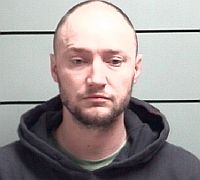 Just before 9 p.m. on Tuesday February 14, the Marshall County Sheriff`s Department received a call for an intoxicated male causing a disturbance in the 4000 block of Sycamore Road.

Marshall County Sheriff`s Deputies located the intoxicated male, identified as 33 year old William L. Bokhart of Walkerton and found him to be heavily intoxicated and belligerent. Deputies took Bokhart into custody for Disorderly Conduct and during the process he resisted and became combative.