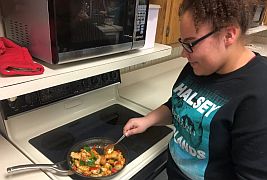 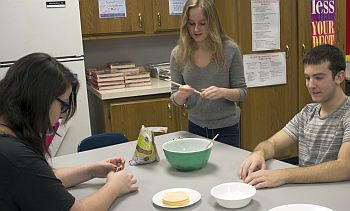 Students made meals that have ties to Chinese culture. On the menu: dumplings, sweet and sour chicken, plus fortune cookies. Each of Guan’s classes took part in the celebration. Guan says the New Year, also known as the Spring Festival, is marked by the lunisolar Chinese calendar, so the date changes from year to year. 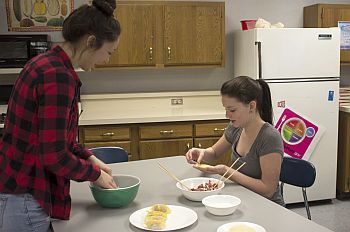