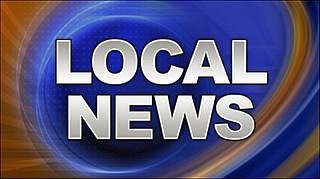 The eleventh-hour request to remove E. Nelson Chipman, Jr. as Special Prosecutor, filed by Aaron Rovenstine, served to continue the trial of the Kosciusko Sheriff but will not delay the rescheduling or pre-trial issues.

Moments before Tami Napier and Matt Sarber were poised to begin their dialogue with prospective jurors; the defense filed a motion effectively seeking to remove Chipman from his prosecutorial function in the case. Napier and Sarber, Chief Deputy Prosecutor and Deputy Prosecutor respectively, were prepared to present the case to the jury in Chipman’s absence. The motion focused on the procedural aspects of Chipman’s appointment.

After a brief hearing before the Honorable Judge Michael Reed, Kosciusko County Circuit Court Judge, the defense’s motion was denied. The hearing before Judge Reed was in a separate case that only pertained to the appointment of Chipman – not the criminal indictment of Aaron Rovenstine. Upon having their motion denied by Judge Reed, the defense counsel for Rovenstine told the court they would seek an immediate appeal to the Indiana Supreme Court to challenge Chipman’s involvement in the matter.

Based on the impending appeal lodged by the defense, Special Judge Evan S. Roberts, presiding judge in the pending criminal matters, granted a request to continue the trial of Rovenstine. At that time the jurors called for the trial were dismissed from their duty and the case was continued without a further trial date.

Upon a review of the filings in the confidential grand jury proceedings it was discovered Chipman had complied with each and every duty of his prosecutorial 2 appointment. In fact, Chipman had filed the very progress report the defense was alleging had not been filed.

When the discovery was made an immediate hearing was held to correct the trajectory of the case.

The trial of Rovenstine was rescheduled to commence April 3, 2017. Additionally, the office of E. Nelson Chipman, Jr. intends to comply with Special Judge Robert’s order for reimbursement by tendering specific monetary expenses, suffered by the State’s witnesses as a result of the continuance, for payment by the defense.