Staff and students at Plymouth High School had the opportunity on Tuesday, February 7, to vote via Google Drive ballot for this year’s 2017 Basketball Homecoming King and Queen. 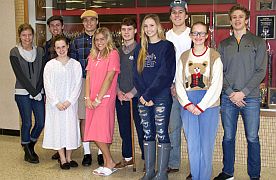 On the ballot (in alphabetical order) for this year’s Queen are the following seniors: Mary Blake, Ashley Harrell, Emily Hoffer, Alivia Longley, and Kennedy Snyder. On the ballot for Homecoming King candidates are the following seniors: Micah Calhoun, Grant Clady, John Gerard, Caleb Koss, and Zach Moser. The 2017 Basketball Homecoming King and Queen will be announced and crowned this Friday at the Plymouth vs. Warsaw game at Plymouth during halftime of the varsity game. 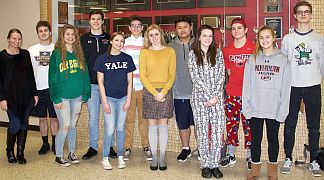 PHS Staff and students also had the opportunity on Tuesday to vote for which two students they would like to see crowned this year’s Homecoming Prince and Princess! In the running for this year’s Princess are the following ladies (in order by grade): Bailey Eveland (11), Allison Andrews (11), Nicole Keller (10), Olyvia Clark (10), Olive Stanton (9), and Avery Christy (9). On the ballot for this year’s Homecoming Prince are the following students (in order by grade): Garrett May (11), Jeremy Drudge (11), Chapman Yoder (10), Hoang Nguyen (10), Bo Meadors (9), and Caden Grove (9). The 2017 Basketball Homecoming Prince and Princess will be announced and crowned this Friday after the Junior Varsity Plymouth vs. Warsaw game. Game time for the JV game is slated for 6:15 p.m. All Basketball Homecoming court candidates were nominated by their classmates on January 31 during homeroom. All winning candidates were announced last Friday.