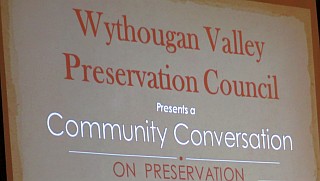 It was standing room only for last night’s Wythougan Valley Preservation Council’s community conversation on preservation.

More than 100 people gathered at Wild Rose Moon in downtown Plymouth to hear of the successes and disappointments of saving historic structures throughout the county.  While many in attendance were concerned about the Rees Theater, Wythougan used the gathering to promote their cause. 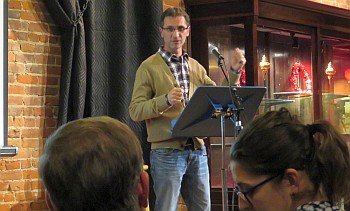 Wythougan Preservation board president, Kurt Garner opened the meeting and introduced those in attendance to preservation with a quick background and showed a snapshot of preservation in Marshall County.   He highlighted some of the successes including the Bourbon Town Hall and Fire Department, Argos Library’s move to the Schoonover building and the Depot in Bremen.  Garner discussed some of the major losses over the years including the Carnegie Library in Plymouth, the original Webster Elementary School and the old, old Marshall County Jail.

The Preservation Council has a list of Heritage sites from across the county that needs preserved although their budget won’t allow it. He said they are always looking for individuals, groups and organizations willing to help fund preservation project. 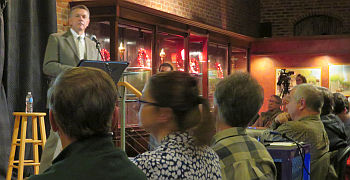 Randy Danielson then updated the crowded room on the Rees Theater project.  Ownership was transferred to Wythougan Valley Preservation Council on January 26th and a core committee has been formed to begin the process of formulating and cataloguing uses for the building.  A grant application was submitted to the Community Foundation for cleaning and repairing the brick façade and marquee.  The remainder of the improvements have been planned in phases with the structural and engineering report issued from 3 years ago being addressed including a new roof.  Phase III will include design work and creation of a sustainable business plan. The next phase will be the financial support phase with fundraising.  Danielson said, “this is a peoples project” and the theater has touches so many that if each one would give a little the community project could be accomplished without putting it on the shoulders of a few.

Opening the floor to public for comments, questions and suggestions one woman and a man asked to have the crying room saved saying it’s unique to the era and nostalgic. Another person asked about keeping the name Rees.  Danielson said they would keep the name but if a donor made a substantial contribution they could use their name in the title of the event center. 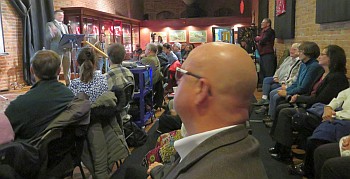 Ralph Booker asked if the current stage at the Rees was big enough and Danielson said local architect Brent Martin has “gifted much of his time” and drawn a larger stage because the current one would not be suitable for shows.  Jim Smart asked about a timeline for the project and Danielson said he would estimate 3 years at a minimum including the fundraising phase and renovations.   Another person asked if the plan was to keep the art deco motif and Danielson assured them they would.

Bill Watson said the new buzz word is destination and he believed this project is the start of creating a destination spot in Plymouth.  George Schricker from Wild Rose Mood assured everyone of his support for the project saying he may even use the facility for some of his performances.

While no decision has been announced, it appears that the Rees will end up being some kind of a multi use facility.  Danielson told those interested to watch the Rees Theater Facebook page for announcements.