The most important day in the lives of many high school athletes came and went Wednesday as 2017 National Signing Day is now in the books.

At the Culver Academies three Plymouth student-athletes have officially committed to play at the next level.  That brings the number of commitments by the Class of 2017 to 19 after the first two signing periods. 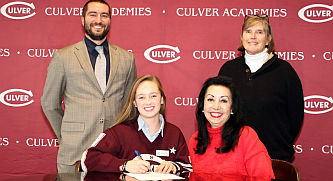 Jordan Blackburne will play two sports at NCAA Division III Earlham College in Richmond, IN.  She will play soccer and lacrosse.  She was a striker/forward for the Eagles on the pitch and is the goalie for the Culver Girls Academy lacrosse team. 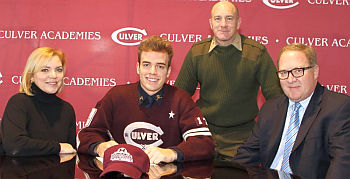 Jackson Badalich will be attending SUNY Potsdam.  The state University of New York – Potsdam is a DIII school.  A defenseman, he will be playing soccer this fall for the Bears. 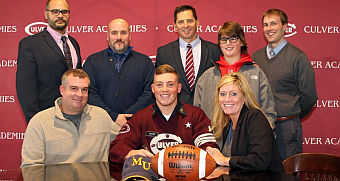 Jake Young will be headed to Indianapolis to play football for Marian University.  Young played linebacker and running back for the Eagles.  Marian is a traditional power in the NAIA division, going 11-1 last season.