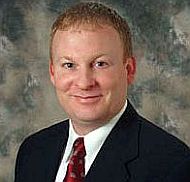 Last week, the Senate Committee on Civil Law heard Senate Bill 60, which proposes to raise the salaries of Indiana’s statewide elected officials. Senator Head said, “As chairman of the committee and author of the legislation, I purposely didn’t take a vote at this hearing because I wanted to allow time to gather reaction before moving forward.”

Chairman Head said, “My goal was to address what appears to be an insufficient pay structure for our highest statewide officials. While I believe this is the case, it has become clear that a better factual foundation needs to be constructed before advancing this legislation through the General Assembly.”

Senator Head said, “To help accomplish this, I plan to change the bill to remove the pay-raise provisions and instead create a formal study that will compare pay for Indiana’s statewide officials with that of other states.”

The senator closed his comments by saying, “I’m confident that the response Senate Bill 60 has already received, together with a focused study in the coming months, will help us find the right solution for Indiana.”