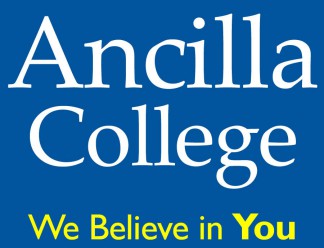 As part of a multi-year effort to support more students who want to earn a college degree, Ancilla College has expanded and enhanced its scholarships. The small college, located near Plymouth, is now offering over 30 scholarships to new and returning students.

“Over the past four years Ancilla has expanded the scholarships we offer to students, building on the programs created in the past but, now offering even more financial support to students. Our primary academic grant, the REAch Scholarship, was increased this year, across every category,” said Eric Wignall, Ancilla’s vice president for Enrollment Management.

The Rewarding Excellent Achievements Scholarship (REAch) is open to any high school graduate under the age of 21 (prior to the start of classes in the fall semester) who has not yet earned 12 college credits. It uses the incoming student’s high school grade point average at graduation and indexes that with the student’s scores on either the SAT or ACT tests (whichever is higher).

“It’s a simple chart and a wonderful benefit to students. The higher the SAT or ACT score, and the better their GPA, the more money we pay students to come to Ancilla. It’s that simple. We want good students to enroll here, to live and learn here, so we offer really remarkable scholarships to attract talent from around the country,” Wignall said.

The college, with an annual tuition of under $15,000, is the lowest cost private college in Indiana and one of the ten least expensive in the Midwest, Wignall said. The scholarship can cover nearly 50 percent of the annual tuition for students and it is renewable for students who maintain a ‘B’ or better at the end of their freshman year.

The scholarship is also part of the college’s larger effort to provide incentives for students to graduate on time. Full-time tuition at Ancilla is frozen at the same rate for as long as they are students at the college. The fixed rate covers up to 17 credit hours per semester. “We will not suddenly raise tuition on students at Ancilla,” Wignall said.

“The REAch is an academic scholarship, but it can be combined with any of Ancilla’s many athletic scholarships for student-athletes at the college. Our coaches are always on the lookout for talented, motivated students who want to extend their athletic career from high school to college level sports. With nationally ranked teams, like Ancilla’s basketball and soccer programs, it’s easy to attract skilled players. With the REAch, it’s important that students know we want high academic achievement as well,” he said.

Ancilla College also offers scholarships for students in nursing and business, from several local communities, and for Catholic students interested in earning one of the school’s 25 associate degrees.

Last year the college began offering scholarships to valedictorian and salutatorian graduates from high schools in nine northern Indiana counties. “The Val-Sal scholarship is huge; not just for our students, but also for the college,” Wignall said.

The scholarship is the brainchild of Ancilla president Dr. Ken Zirkle who wanted to reach the very best students and make it clear that the college was recruiting a high quality student population. Under the program, valedictorians receive a full tuition scholarship if they live on campus in one of the college’s new residence halls. Salutatorians receive a $10,000 tuition grant. To be eligible, students need to graduate first or second in their class in any public or private high school in Marshall, Starke, St. Joseph, Kosciusko, LaPorte, Porter, Jasper, Fulton or Elkhart counties in Indiana.

An academic scholarship open specifically to non-athletes is Ancilla’s PHJC College Success Scholarship. Named for the Poor Handmaids of Jesus Christ, the order of Catholic Sisters who founded Ancilla, the College Success scholarship is aimed at students with a lower GPA that may not reflect their real ability.

“The scholarship is designed to support students who may have suffered a personal or academic setback in their high school career that lowered their GPA but not their determination to achieve a college education,” Wignall explained. “We don’t need students who are perfect, and honestly, we never expect that. We want students who really want to succeed and reach their goals. Our faculty want those students in their classrooms.”

“One key part of earning scholarships at Ancilla, and most other colleges and universities, is for students to fill out the Free Application for federal Student Aid (FAFSA). This helps determine eligibility for federal and state aid programs based on financial need but also, importantly, helps colleges build a financial aid file that makes awarding scholarships and grants easier,” Wignall said. Filing the online FAFSA is free, takes only a few minutes, and can secure funding for college.

“The grants and aid available through FAFSA is enormous. There are truly huge amounts of money available that don’t get awarded to students every year because they don’t bother to apply. Even if you don’t get a single penny of Federal aid, filling out the form starts the ball rolling for a college like us to create a financial aid file for our own scholarships and aid,” Wignall said. “You can’t lose. If you’re thinking about going to college in the coming year you should fill out the FAFSA.”