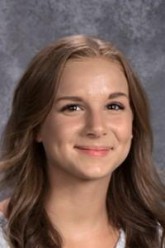 Sophomore Nicole Keller led Plymouth High School to the Northwest Indiana NSDA Congressional Debate tournament championship on Saturday. Because of her efforts, she has also qualified for the 2017 National Speech & Debate Tournament that will be held June 18-23, 2017 in Birmingham, Alabama.

Three other PHS students placed in the competition and are alternates to the National Tournament. Sophomore Trent McKenzie placed 4th in the Senate. Senior Garrett Garver and sophomore Jack Garner placed 5th and 6th respectively behind Keller in the House of Representatives. Schools are allowed two Senate spots, and they are apportioned House spots based on a program’s population.

McKenzie and Garner also earned special honors as presiding officers. McKenzie was named President of the Senate, and Garner was named Speaker of the House. Their task was to facilitate constructive debate throughout the day in their chambers.

Two other team members earned honors during the competition. Freshman Kelsey Kruyer advanced from the preliminary rounds into the Super House with Keller, Garver, and Garner. Additionally, sophomore Samantha Zechiel was named Presiding Officer in her preliminary chamber in the House of Representatives.

Additional PHS students will be seeking to join Nicole at the NSDA National tournament by qualifying in speech on March 4th. To read more about the national tournament please visit the following website: www.speechanddebate.org/nationals/