Peseks Refuse to Remove Fence for Drainage Board 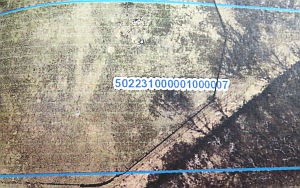 Craig Cultice, the newly elected County Surveyor presented an issue he is now facing during the Drainage Board meeting on Tuesday.

The Cowen-Lockwood Ditch in Green Township on Pine Road is scheduled for cleaning.  The contractor was selected for the project went to the site and found a fence within the regulated 75 foot right-of-way the is impeding his work.

Former County Surveyor, Larry Fisher sent a letter to the property owners, George and Tamara Pesek notifying them of the issue and asking them to have the fence removed.

Cultice said Mrs. Pesek informed him that the fence posts are cemented in and they would not remove them. It was noted that the drainage board had issued with the Peseks last fall in a different location.

Drainage board members discussed the issue and motioned to have the contractor remove the fence and post to allow him to work from the west side of the ditch bank.

The County Attorney will send a letter to the Peseks notifying them of the drainage board’s decision.