3 Arrests Made by Bremen Officers for DWS 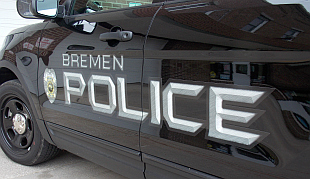 Bremen Police Officers arrested three people on Wednesday for Driving While Suspended with prior charges.

Just before 3 in the afternoon Officer Trent Stouder arrested 37 year old Nathan While of North Judson at the intersection of US 6 and Miami Trail.

All three were incarcerated in the Marshall County Jail for DWS with a prior.

The charges and information supplies are merely an allegation that that a crime has been committed; all subjects are presumed innocent until proven guilty.