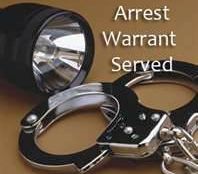 About 6:45 in the evening he located 24 year old David Bush Sr. at the Red Rock Inn, 2550 North Michigan Street in room 227.  Bush was placed in custody and held in the Marshall County Jail with no bond for two failure to appear warrants on probation violations.

About an hour later Officer Emenhiser arrested 58 year old Santiago Carmelo Gomez at lot 246 in the North Gate Trailer Park.  Gomez had an active warrant for failure to appear on fines and costs.  He was held in the county jail on a $189.00 cash bond for about 2 hours before posting bond.

Assistant Police Chief Mark Owen arrested 24 year old Jeffery Honeycutt of South Bend Friday after he came to the Plymouth Police Department.  He had two a failure to appear warrants for the initial charge of Driving While Suspended.

Honeycutt was held without bond in the Marshall County Jail.