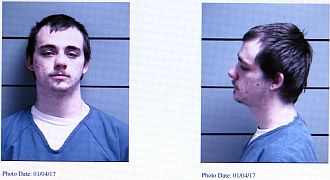 The second suspect in the Paul Costello murder has been booked into the Marshall County Jail.

18 year old Gauvin Monaghan was booked into the jail on Wednesday, January 4th at 9:25 a.m. and is currently being held with no bond on a charge of Murder and two counts of Auto Theft.

Monaghan and 19 year old Maeson Coffin are suspected of murdering Paul Costello in late October or early November.  Family members concerned after not hearing from Costello for approximately 2 weeks located his body outside his home on Lincoln Highway west of Plymouth on Saturday, November 5th.

Coffin was extradited back to Marshall County in early December while Monaghan was being held on additional charged in New York for crimes he committed there.

Marshall County Prosecutor Nelson Chipman said, “As a result of discussions I had with the New York District Attorney and an agreement between the two of us, charges against Monaghan were dropped in New York so he could be extradited back to Marshall County.”