Plymouth Mayor Mark Senter is asking pet owners to be responsible and clean up after their dogs.

It has recently come to the attention of the Mayor’s office that people are walking their dogs in the downtown area, especially in the River Park Square area and behind the old firehouse and not picking up after their dogs make a deposit.  Not only are dog owners leaving droppings in the grass but also on the sidewalk areas and bricks. 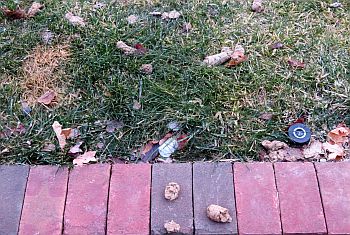 In the city’s ordinances the section titled “Conditions Constituting Public Nuisances” it states in item 10, a public nuisorance may include any waste water, filth, offal, garbage, rubbish, animal waste, human excrement, which is deposited, allowed or caused to be upon public or private property.

Upon discovering or receiving a complaint regarding this type of public nuisance the city’s Code Enforcement Officer will notify the owners who are in violation of the city ordinance.  If the issue is not immediately taken care of there is the possibility of a penalty.