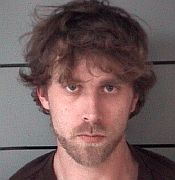 A county police stop December 22nd ended with a Lakeville man being arrested on charges of being in possession of a controlled substance and possession of marijuana.

Thursday evening about 9:25 p.m. an officer with the Marshall County Police Department initiated a traffic stop on Cale Street near Troyer Street in LaPaz. During the course of the stop it was determined that the driver, 23 year old Bryan Stutler II was in possession of marijuana and a controlled substance.

Stutler was lodged in the Marshall County Jail on a $1,500 cash bond.