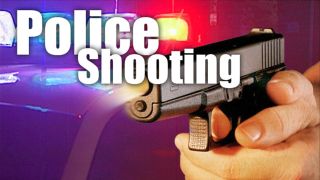 The Indiana State Police were contacted by the Starke County Sheriff’s Department to investigate a police action shooting that occurred at 9:22 a.m. CST.  The incident happened at 3120 S. U.S. 35 in Knox.

Preliminary investigation shows that at approximatley 9:15 a.m., Knox city and Starke County Sheriff’s Deputies went to the location to serve a felony warrant.  In the process of the warrant service, a black GMC pickup truck drove through the closed garage door of the business striking a Starke County Sheriff’s marked police car.  The vehicle/suspect then continued and then attempted to run over another officer as it attempted to flee the scene.  Officers then fired their weapons striking the vehicle as well as the suspect that was driving the vehicle.  The driver was the sole occupant of the vehicle.  The suspect was then transported to the I.U. Hospital in Knox where he succumbed to his injuries.  The Starke County Coroner’s Office identity of the deceased as William R Newman, 46, of Plymouth.