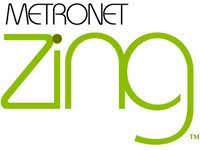 Bids were opened for both the City of Plymouth and Marshall County portion of the Metronet conduit installation projects Monday morning.

Members of the Plymouth Redevelopment Commission held a special morning meeting in the Commissioner’s meeting room in the County Building to open bids for their portion of the project.

Five companies presented their proposals for the project which includes the base bids and four alternates.  Base bids ranged from $615,906.55 by Earthcom, Inc. to $1,317,117.63 from Turnkey Network Solutions.  Alternative (A) includes a portion of the project along Pioneer Drive south of Lincoln Highway to SR 17 and (B) from the intersection of SR 17 and Pioneer to Saint Joseph Regional Medical Center.  It was noted that the reason for this loop, which is not in the city limits, is so that within the City of Plymouth – where the possibility of a line being dug up is greatest – the hospital is on a redundant path so a break wouldn’t shut them down.  Although this is outside of the city limits, it does have benefits to users within the city.  The city and county will meet to determine how (A) and (B) will be paid for.

The County bids were opened during the commissioner’s meeting.  Sever companies presented bids.  Base bids ranged from $759,116.65 from Michiana Contracting up to $1,475,538.98 from Turnkey Network Solutions.

There was only one alternate for the county portion of the project.  The alternate was to only have a 2 inch conduit installed while the base bid include the 2 inch conduit and 2 additional 1 ¼ inch conduits for future use.  There was not much of a deduction for only installing the single conduit.

All bids were taken under advisement for review by representatives from USI and BA Martin Architects.