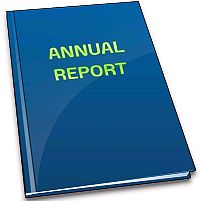 Looking at statistics for 2013 Booker noted that new home permits were up and growth in the townships continued to trend with German and West Townships experiencing the most growth.

Although the permit fees don’t cover the cost of operating the office it has increased.  In 2011 permit fees brought in $26,305 while last year that amount increased to $37,335.  When adding in fees for maps, hearings, subdivisions, online electrical permits, town collections and contractor registration the total amount is $61,180.

The Marshall County Board of Zoning Appeals has 30 cases, 19 variances of development standard requests and 11 special use requests.    The Plan Commission had 16 cases last year with 4 being rezoning requests, 2 subdivision approvals, 2 petitions to amend the WECS, 2 re-plats, one PUD amendment, 1 approval of covenants, 3 amendments to  zoning ordinance or comprehensive plan and 1 extraterritorial jurisdiction.

Booker’s violation report included 16 for waste and or debris, 12 unsafe buildings, 6 building without permits, 2 use not permitted in district, and 1 inoperable vehicle.  He noted they won two court cases, one that had more than 30 cars and one that had a large amount of junk and debris.