11/20/12 County Highway Superintendent, Neal Haeck presented a new proposal for two-way radios during the commissioner’s meeting Monday.  The original proposal was for $72,841.87 and included an outdoor enclosure at the bottom of the communication tower in the parking lot across the street from the Court House.  Haeck explained that there is space in the structure at the bottom of the tower so he presented a new proposal for $68,390.70.  The proposal includes 35 radios, new tower equipment and a repeater.

The new radio equipment is necessary because the FCC is tightening up the narrow band width.  The County Highway Department will move to the higher band. The new radios allow for GPS tracking of the county trucks and indicate when the snowplow, belly blades, and or sanders are operating.  The GPS will ping the system every 30 seconds to provide locations.  Haeck said the GPS can help determine where a truck is when someone says a stone came off the truck and chipped their windshield, or if the plow strikes their mailbox.

Haeck said he has the funds necessary in this year’s budget to pay for the new equipment.  The commissioners approved the purchase. 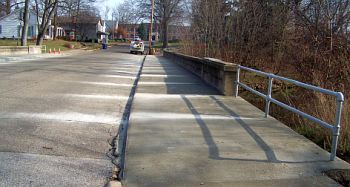 Neil Haeck said his department had completed a sidewalk and railing improvement project on the Yellow River Bridge on Garro Street. 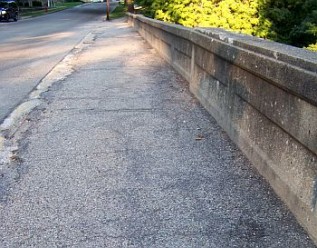 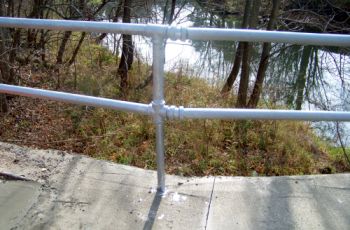 Commissioner Overmyer said, “This is a temporary fix until funding is available for a rehab project.” 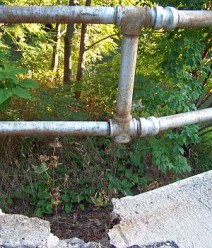 It was noted that the bridge is on the state historic bridge list due to the Luden arches holding it up.  It was indicated that the bridge has a 70 to80% rating and to qualify for federal funding the rating needs to be 50% or lower. 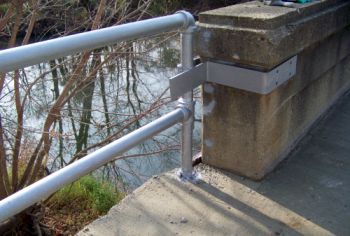