Mishawaka Man Arrested, in Possession of 43.5 grams of Cocaine 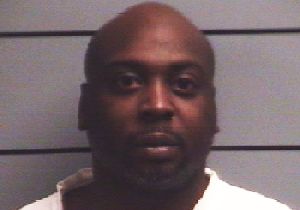 11/15/12 This past Saturday night about 9 a female transient at the Pilot truck Stop contacted an off-duty officer with the Marshall County Sheriff’s Reserve and reported that her boyfriend had battered her.  County officers were dispatched and a battery report was taken. The female was intoxicated and taken into custody and lodged in the County Jail.

About 10 p.m. Monday she was released from the jail with no judicial review.  She called for a ride to take her home and it was determined that the same offender that had battered her two nights earlier was coming to pick her up.  Through the diligence of the dispatchers with the Sheriff’s Department, officers were contacted and a subsequent traffic stop was made on the vehicle as it pulled into the front entrance of the jail.

38 year old Jerome Harris of Mishawaka was taken into custody. During the inventory of Harris’ vehicle it was discovered that he was in possession of approximately 43.5 grams of cocaine along with items used for the sale and distribution of narcotics. Harris was booked into the Marshall County Jail for dealing in cocaine…greater than 3 grams a class A felony, possession of cocaine over 3 grams a class C felony, and domestic battery a class A misdemeanor.

A probable cause affidavit was signed by a judge on November 13th and his bond was set at $10,000.