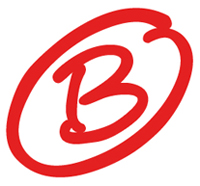 10/30/12 Grade cards for schools across Indiana will be made public on Wednesday, October 31. The release date was pushed back several weeks ago due, in part, to questions by school districts about the way the grades were calculated. The grading system is a part of Public Law 221. The accountability law requires state takeover if schools are placed in a probation category or an “F” on the report card for six consecutive years.

Grades are based on several factors such as standardized test scores and graduation rates. Rating systems have been in place since 2005, but the Department of Education (DOE) has increased the number of standards used in the determination system. The previous identifying methods used words like “academic progress”, “academic watch”  and “probation”.

DOE Superintendent Tony Bennett has said that the A-F grading system is easier to understand for the public. Objections from high schools receiving “C’s’” despite showing high scores on tests, prompted the revision of the system this year. New additions included metrics, or standards, like student growth.

Last year, the grades were made public in August; however, this year under a revamped system, the preliminary grades have been known only by the schools since September 19. Schools have a right to appeal their rating.

Stephanie Sample, DOE spokesperson, indicted that the number of appeals were not more than last year. According to the DOE, the delay was an effort to give principals and superintendents more time to review their data and preliminary grades. Sample said, “Because the new metric looks at so many pieces of locally provided data, districts are taking a closer look a data then every before, which is a good thing.”