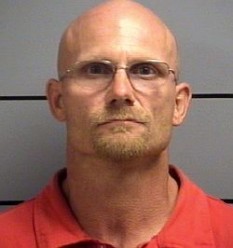 09/05/12 Just after 8 P.M.  on Friday August 31st the Bremen Police Department made a traffic stop on 42 year old Shaun Fry of  Rochester for operating a motor vehicle with a suspended driver’s license.

During the traffic stop officers thought Mr. Fry appeared to be intoxicated and the Bremen Police Department K-9 made a positive hit for drugs in his vehicle.  A small rock appearing to be crack cocaine and a pipe believed to be used to smoke crack cocaine was located inside the vehicle.

Fry’s bond was set at $5,000 cash and he is scheduled to appear in Marshall Superior Court II on September 18th.