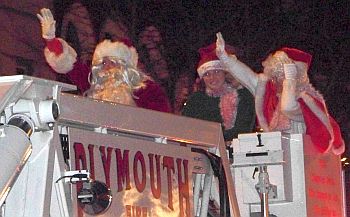 11/29/10  Although the temperatures were below 32 degrees Friday evening and the wind was blowing, several hundred people braved the cold weather to attend the annual Downtown Tree Lighting and visit from Santa. 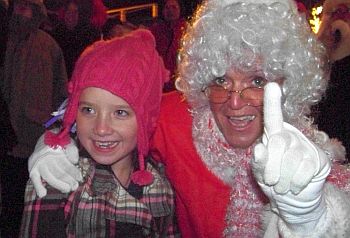 Santa and Mrs. Claus along with one friendly elf arrived on the back of the City’s fire truck along with a police escort to the City Center on the city’s main drag.    They wandered through the crowd and greeted young and old alike. 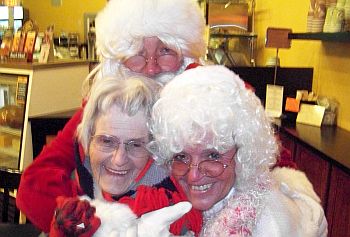 Jim Vinall from the Chamber of Commerce welcomed those gathered and introduced Marybeth Glaub and students from the various choirs at Plymouth High School who sang Christmas Carols.  He then introduced Mayor Mark Senter who also welcomed the guest and was on hand to give the command to light the white lights on the City’s large Christmas tree on the southwest said of Michigan Street near the railroad viaduct. 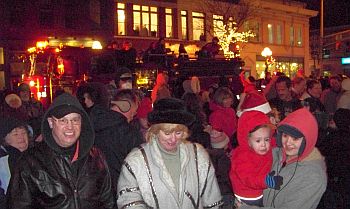 Immediately after the tree was lit a spectacular display of fireworks lit up the night sky from the top of the City Center. 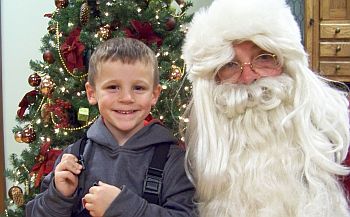 Following the tree lighting everyone was welcomed into the Marshall County Museum for a visit with Santa and the opportunity to see the trains running upstairs.  Across the street at the inSPIRATIVE Art Gallery visitors found Mrs. Clause who was available for photo ops and everyone enjoyed cocoa and cookies. 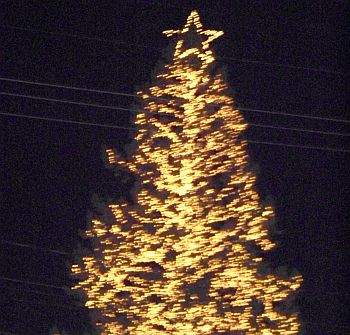