Board of Public Works & Safety Opens Bids for 1st Street 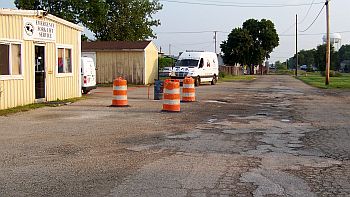 09/14/11 The Plymouth Board of Public Works and Safety opened four bids for repairs to First Street during their meeting Monday night. 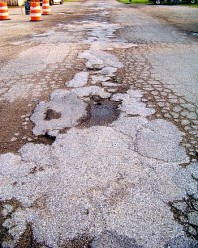 First Street was in the City’s 2011 Street Paving Project list but when bids were opened, they were higher than anticipated and since traffic on 1st  Street isn’t as much as the other streets on the project list it was taken off the list.  City Engineer Rick Gaul told the Board at their last meeting that the 2011 street projects are nearly complete and there is some funding left over.  His suggestion was to do a patch on about 450 feet of 1St Street. 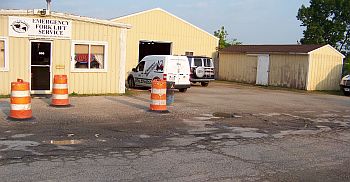 City Clerk Treasurer Toni Hutchings suggested bidding the patch project and the complete repair project.  Gaul had estimated the full project at $90,000 and the patching from $55,000 to $60,000.

In other business the Board of Public Works and Safety heard a brief overview of the activities of the Plymouth Fire Department other departments assisting during the Blueberry Festival from Chief Andy Metsker.  Metsker said, “We had 51 response calls over the five days.” The average number of calls handled by the Fire Department and EMS is five calls per day.

Metsker said the Fire Department, Police Department and Emergency Management had a plan in place to handle emergencies.  They had formed an incident command structure and were forced to put their plan into effect when the weather turned threatening.  He said, “It was unfortunate that we had to close down the festival on Saturday night but our plan worked well.”

He said they had extra help during the festival from the departments of LaPaz, Culver and Argos. Extra help for medical emergencies was provided by the Fulton County EMS. According to Metsker, the Fulton County personnel were called two times.

Speaking of the need to keep the citizens and visitors safe, Metsker said, “That’s our responsibility and we took it.”