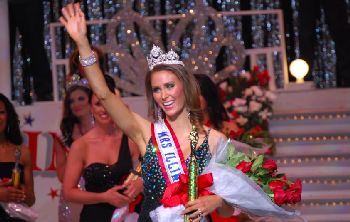 04/24/14 After snagging the state title at a pageant in Elgin IL on April 19, Nicole Elizabeth (Rash) Cook of Geneva, formerly of Plymouth will represent Illinois in the Mrs. America pageant this summer.

Cook, a Spanish teacher at Bridges Montessori Academy in St. Charles, said she is honored and blessed to have been named Mrs. Illinois America 2014.

“I will proudly represent the married women of Illinois throughout my year of service,” She said in an email. “I look forward to the many adventures that are ahead of me and thank my sponsors … as well as my family, friends, and especially my husband, Grant Cook, for your continued support.”

The 29-year-old will go on to compete for the title of Mrs. America on Aug. 29 at the Loews Ventana Canyon Resort in Tucson, Az. 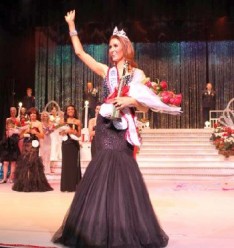 In its 34th year, the Mrs. America pageant is open to women 18 and older who are married – with or without children – and serves as the only nationally televised beauty pageant for married women.

Previously, Cook – formerly known as Nicole Rash – represented her home-state, Indiana, in the 2008 Miss America pageant, and qualified as the first-runner-up (second place) in the competition.

By KARA SILVA – from the Kane County Chronicle

Photos courtesy of Cindy Rash and