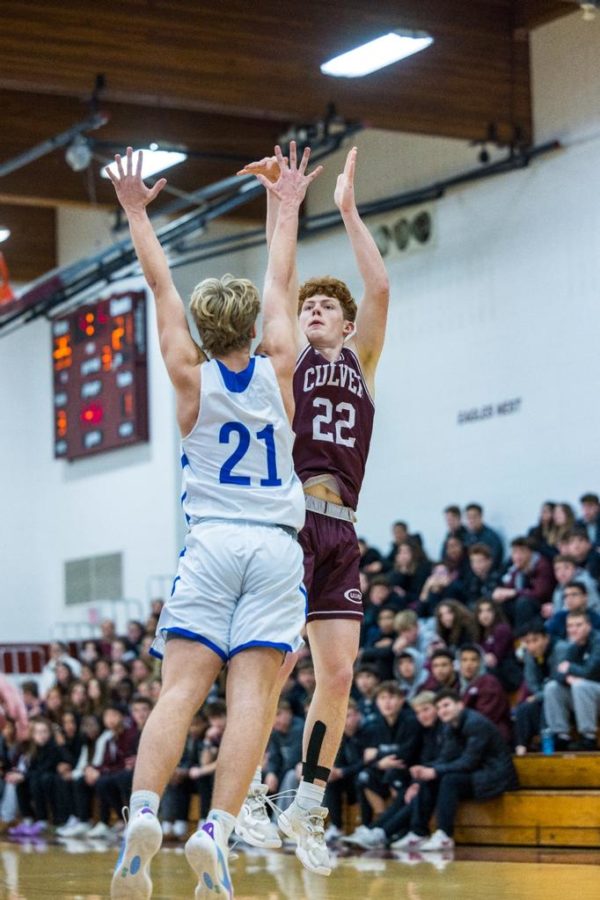 CULVER — Cooper Farrall scored 46 points in two games to surpass the 1,000 career-point milestone and lead Culver Military to the Winter Classic tournament championship.
The team entered the tournament on Saturday with something to prove after beginning the season ranked ninth in 3A but falling out of the poll after several close loses. The Eagles wanted to remind the home crowd how talented and experienced they are, as well as propel Farrall past the 1,000-career point milestone.
Farrall — from Valparaiso — entered the tournament needing 45 points to eclipse the 1,000-point mark. The Bentley University commit, and Indiana All-Star candidate scored 17 points in first game, as CMA dominated Gary Lighthouse College Prep Academy 42-18.
The Eagles faced Fort Wayne Canterbury in the championship game after Canterbury beat Lake Forest (Illinois) Academy 56-44. Farrall scored 29 points and CMA was in control from the beginning, winning 58-43 to claim the 2023 Winter Classic title.
If it wasn’t for a shortened sophomore season because of COVID-19, Farrall likely would have scored 1,000 points much sooner. Farrall is posting career highs in almost every major statistical category.
With at least 10 more games to go in the season, Farrall and the CMA varsity basketball team look to continue their run for a state championship. The eight Eagle seniors hope to add to the school’s trophy case before the season is over.