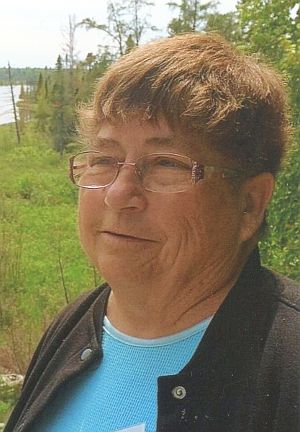 PLYMOUTH- Donna Wood, 76, passed away peacefully at Pilgrim Manor Nursing Home in Plymouth in Thursday, January 19, 2023. She was born on February 19, 1946, in Plymouth, Indiana to Cecil and Bertha (Thomas) Schmeltz. Donna was #3 of their four daughters.

Donna graduated from Tyner High School with the class of 1964. She then went on to graduate from College of Commerce in South Bend in 1965. After which she began her career at Associates for the next 10 ½ years.

In June of 1976 Donna and Don Wood were married and enjoyed 25 years together before his passing.

Donna spent some 55 or so years on bowling leagues. Some years it was three different leagues each week. In reflecting her love for bowling to her love for kids, she spent 11 years as a volunteer for Marshall-Starke Special Olympics. Another 10 years as a youth bowling coach. Five years as the John Glenn bowling team coach.

Donna has served in office on the different leagues including a lifetime member as a “Women of the Moose” and the American Legion of Plymouth as well as our Thomas and Schmeltz reunions.

With her love to help and to be with kids she became a substitute teacher for John Glenn schools, which she enjoyed until Covid hit.

Our family wants to thank the caregivers that helped at home, especially Leslie Moser and Debra Davis, for all the extra care, and South Care Hospice and Pilgrim Manor for the wonderful Care.

Visitation will be held on Wednesday, January 25, 2023, from 11-1 p.m. at Johnson-Danielson Funeral Home, 1100 N. Michigan Street, Plymouth. Funeral services will follow at 1 p.m. with brother-in-law Pastor Chuck Krieg officiating along with the American Legion Auxiliary performing a ceremony.

Private burial will be in the Woodlawn Cemetery, Walkerton.

Memorial contributions can be made to Marshall- Starke Special Olympics 1901 Pidco Dr, Plymouth, IN 46563 or Southern Care Hospice 1626 E Day Rd, Mishawaka, IN 46545