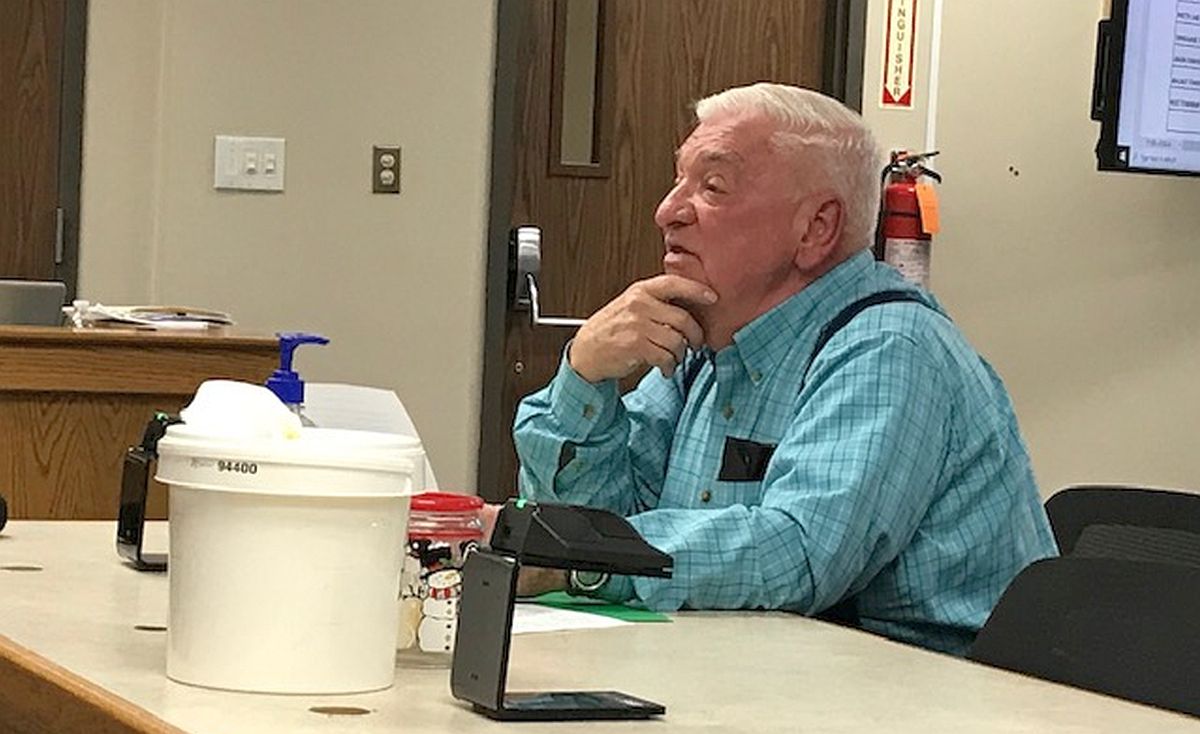 Nunemaker started out by saying, “I’ve heard Tim (Harman) say a number of times he believes in good steward of tax money. Well, I couldn’t agree with you more.  That’s why I’m here tonight.”

He’s been studying the Marshall County Annual Financial Reports since 2018 and said, “the taxpayers might be the losers in all of this.”  At the end of 2021, the 33 taxing units within Marshall County were holding nearly $195 million which he called “excess tax funds.”  Mr. Nunemaker said, “I look at it this way.  If the tax money isn’t going back to the citizens or not being used appropriately then it is a form of abuse as far as I’m concerned.  That’s just my opinion.”

The tax dollars he spoke about include the city and towns in the county, the public libraries, school corporations, townships, and sewer districts. The report he presented to the Council showed the 2021 beginning balances, receipts, disbursements, year-end cash, and if there was a gain or loss and the amount.  Nunemaker said at the end of 2021 over the 33 taxing units there was an increase of $24 million and wanted to know “why are we sitting on the money?”   He also estimated that at the end of 2022, the excess funds would grow to about $229 million.

Don then addressed Mr. Harman and said, you said a road would cost $250,000 a mile and he replied outsourced.  He said “Stan Klotz would be really happy that we would be able to build 90 miles of roads using my figures, but with your figures that would be 900 miles of roads.

Nunemaker said looking at all 92 counties in Indiana he estimated a tax surplus of $17 to $25 Billion.

His recommendation was to use the “surplus tax funds” to fund necessary projects or figure out a way to return those tax dollars to Marshall County residents.  He suggested at the end of the year each taxing unit should have to zero out their year-end cash or have a set percentage deposited into a central fund in Marshall County so that it’s usable instead of being spread out all over the place.  Mr. Nunemaker suggested being able to use that surplus in a central fund for road projects like Commissioner Klotz wanted.

He did caution that some would make unnecessary expenditures at the end of the year just to use up the “excess funds” instead of putting the into a central fund in the county.

Councilman Tim Harman said this was something he came across years ago. He said he’d like to see more collaboration between the local taxing units with interlocal agreements to help each other out to fix roads and do other things rather than have 27 taxing units accumulate cash for surplus after surplus.  Harman said he thinks there is an allocation problem rather than a revenue problem.

The council created a new finance committee and Harman said this would be something they could “dive into”.

Councilwoman Nicole Cox said she’s been attending meetings in Polk Township and was unaware that they “sit on their money” for a larger purchase such as a fire truck.  They grow their funds for that large purchase.  She said it would be worth talking with the other taxing units to see what they have planned for their “surplus funds.” Cox commented on the renovation project at the Plymouth Library and the funds they have saved for years to do the work.

Nunemaker said there are some funds that you wouldn’t want to touch but others should be analyzed.