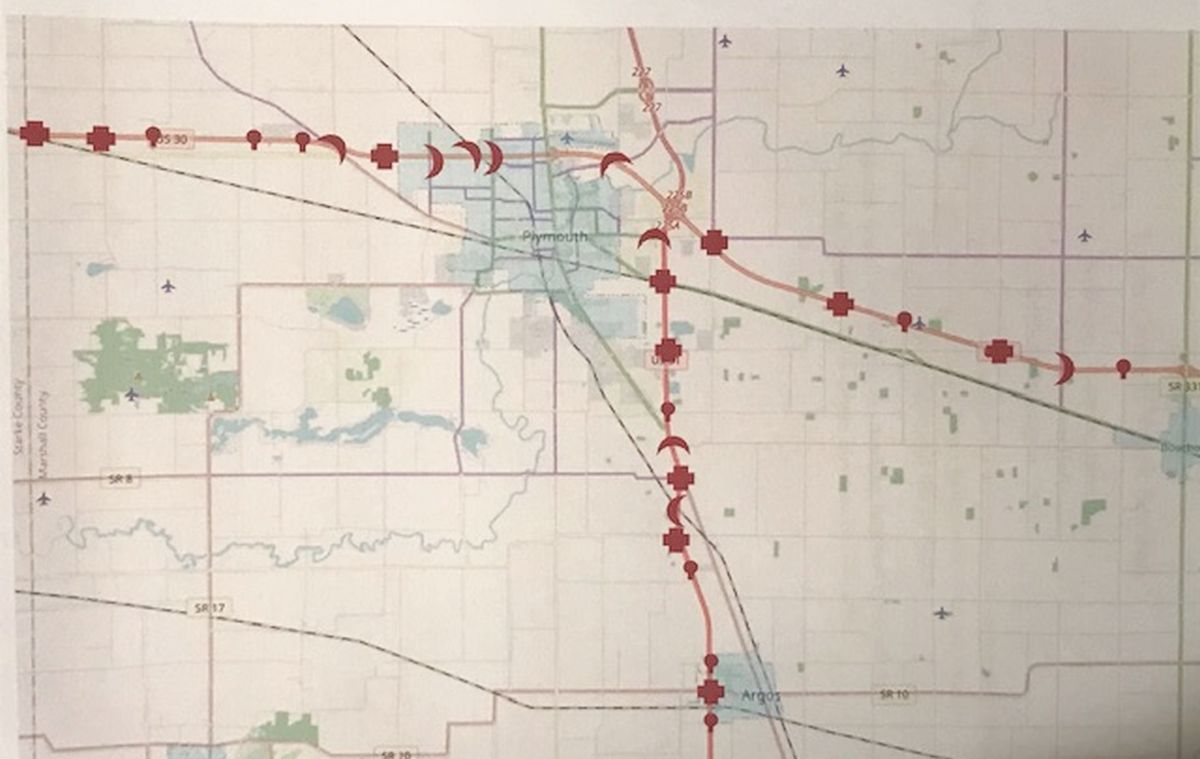 Committee members from the U.S. 31 Coalition and the U.S. 30 Coalition met in a joint meeting on Friday, January 13th in the County Building to continue their work on determining the best locations on both highways to have interchanges, and bridges, and which county roadways would become dead-ends terminating their access to the highways.

County Plan Director Ty Adley controlled the meeting and presented committee members and many business owners and residential citizens with detailed information on each county roadway. He said this is the first rough draft of the county’s plan.

While Marshall County is working to present its preferred options to the Indiana Department of Transportation (INDOT) but they have the final say-so.  It was estimated that it will be 10 years before the construction of the freeway project gets underway.

Going from east to west on U.S. 30, Adley started with Apple Road, Beech Road, and 12B Road.  The proposal was to cul-de-sac Apple and Beech and have a bridge over the highway on 12B Road.  There was some concern with access from J&J Meats, the Beech Road Truck Stop, and transportation for the Triton School Corporation.  There was some discussion that Kosciusko County may move State Road 19 in Etna Green to 800 west which could have an impact on Marshall County too. The committee’s recommendation was to change Beech Road to an interchange.

The next county roads considered were Cedar/12th Road, Elm Road, and Fir Road.   Cedar/12th and Elm Roads would be cul-de-sacs and Fir Road would have an interchange to allow travelers to head north to Bremen.  There was a concern for Slabaugh Metal Fab with restricting their access to U.S. 30 at Cedar/12th Roads.

The 9A/King Road area, where the Pilot Truck Stop is would have a new interchange with a bridge over U.S. 30 at Plymouth Goshen Trail.

The heavily congested area of Oak Drive and Pioneer Drive would both be accessed using a bridge either under or over U.S. 30 and a new interchange is proposed west of the Loves Truck Stop.  Continuing west on U.S. 30 the committee recommended a bridge for Plymouth LaPorte Trail/Queen Road, a cul-de-sac for Redwood Road, a bridge for Rose Road, and a cul-de-sac for Tulip Road. They also proposed an interchange at Union Road for college traffic and another interchange at Lincoln Highway and the west County Line Road.

Coalition members from both U.S. 30 and U.S. 31 will now rank their top 5 projects within each study area and those will be Marshall County’s most needed intersection projects.