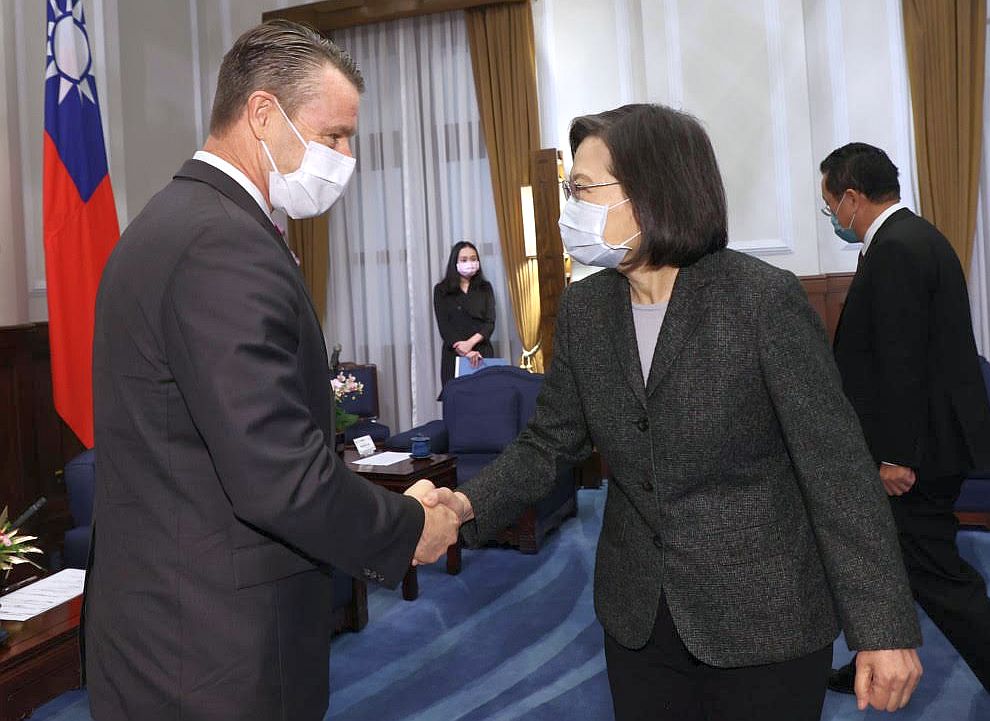 Young, who is on a two-day visit, said his delegation is here to reassure Taiwan “that Republicans and Democrats in the United States congress intend to continue to do whatever we can to support, broaden, strengthen and deepen the U.S.-Taiwan relationship.”

Young said there is “a stark contrast” between Taiwan, “a thriving democracy,” and China.

The senator said he is here to learn how to deepen bilateral ties in technology and business to create more opportunities and “linkages” between the two countries. He pointed out that Purdue University partnered with Taiwan’s Mediatek to open the company’s first semiconductor chip design center in the Midwest.

Young noted that Indianapolis established sister city relations with Taipei in 1978 and Indiana and Taiwan established sister state relations, adding, “our values and shared interests are quite obvious.” He said that while Republicans and Democrats may disagree on a number of issues in congress, the importance of supporting U.S.-Taiwan ties and holding the Chinese Communist Party accountable are the two things they are unified on.

The senator said he looked forward to discussions with the president and other officials on a potential tax agreement, military cooperation, and issues related to the CHIPS and Science Act.

Tsai said Young has been a strong supporter of Taiwan, backing the nation’s international participation and calling for deeper bilateral trade relations.

Additionally, the president said she hoped Taiwan and the U.S. can continue promoting cooperation in digital trade and digital transformation and form “a more comprehensive trade and economic partnership” via the U.S.-Taiwan Initiative on 21st Century Trade. She also expressed hoped that Taiwan can continue to make good use of its capabilities in the semiconductor industry.

“We will work with like-minded partners to build a sustainable supply chain for ’democracy chips,’” Tsai said, which will help the two countries and other global economies continue to prosper and develop.