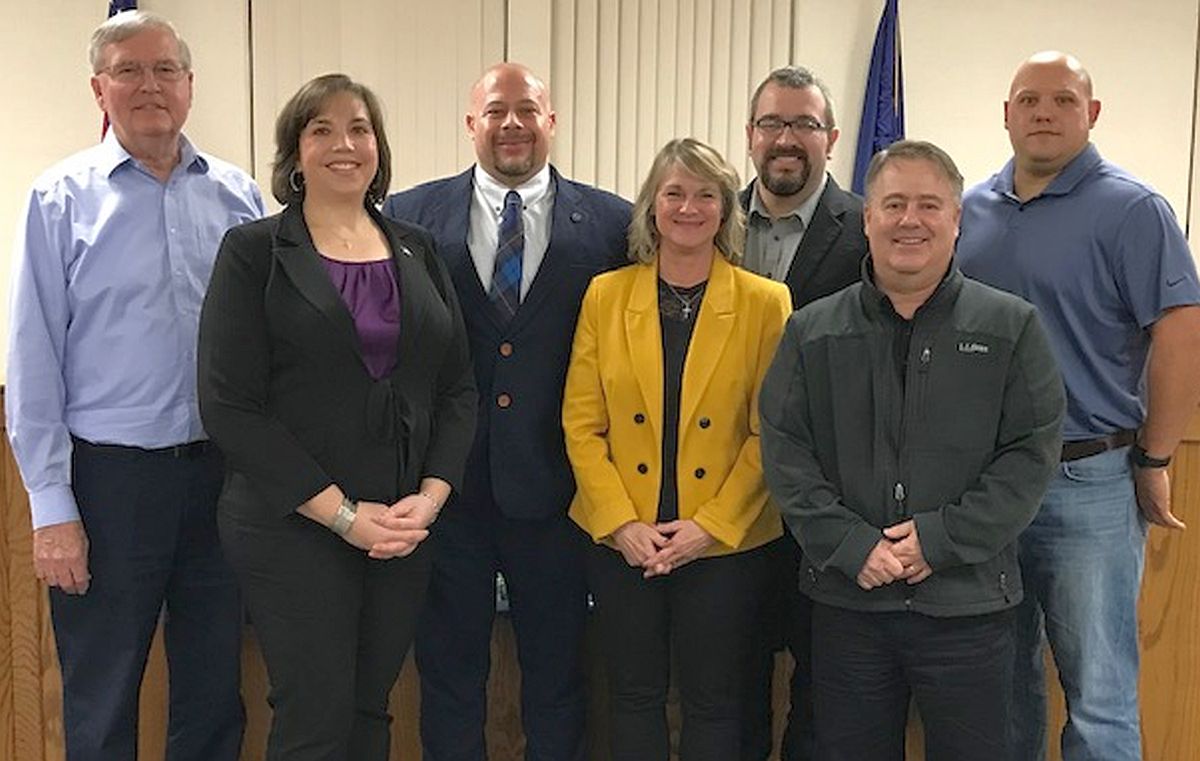 Members of the Marshall County Council conducted their first meeting of the new year on Thursday evening beginning at 6 p.m. in the second-floor meeting room of the County Building.

The first order of business was the reorganization with the election of officers.  Jesse Bohannon was elected President and Tim Harman was elected Vice-President.  Other members of the County Council include Jim Masterson and new members Nicole Cox, Adam Faulstich, Deb Johnson, and Will Patterson.

The council made several appointments including Jackie Nifong to the Plymouth Public Library Board, Laura Vervynckt as their representative on the Marshall County Economic Development Corporation, realtor Shannon Lunetta to Culver Economic Development and Mandy Campbell was appointed to the 4H Board.  Other board appointments were Alyssa Overmyer to the Argos Public Library, Maria Keller to the Alcoholic Beverage Board, and Kevin Hines to the Lake of the Woods Sewer Board.

For many years the County Council has had a liaison listing between county department heads and the council.  That listing was changed in title to “First Contacts” with clarification by Council President Bohannon stating that, “this will establish a person on the Council available to department heads and department employees to that they might reach out with any concerns or share information.”  He continued, “I think sometimes like we’ve felt like we’ve had to advocate for departments in the past.  That’s not really what this role is.  It’s just a point of first contact for informational purposes.”

Tim Harman and Nicole Cox will serve on the American Rescue Plan (ARP) committee.  It was noted that there is over $3 million still sitting in the fund to be appropriated.

The County Council also discussed the possibility of their own legal counsel. President Bohannon said, “I think it would be in this council’s interest to exercise our prerogative under the Indiana Code to seek outside counsel, legal counsel that would be for any discussion regarding matters like this going forward.  I was informed during one of my first council sessions that the attorney that represents the commissioners does not work for this board.”

Council Harman said, “I think we do have statutory authority to hire counsel to represent the County Council and I would definitely like to explore it further.”

The council plans to continue exploring the idea of seeking their own legal counsel and may bring a name forward in a future meeting.