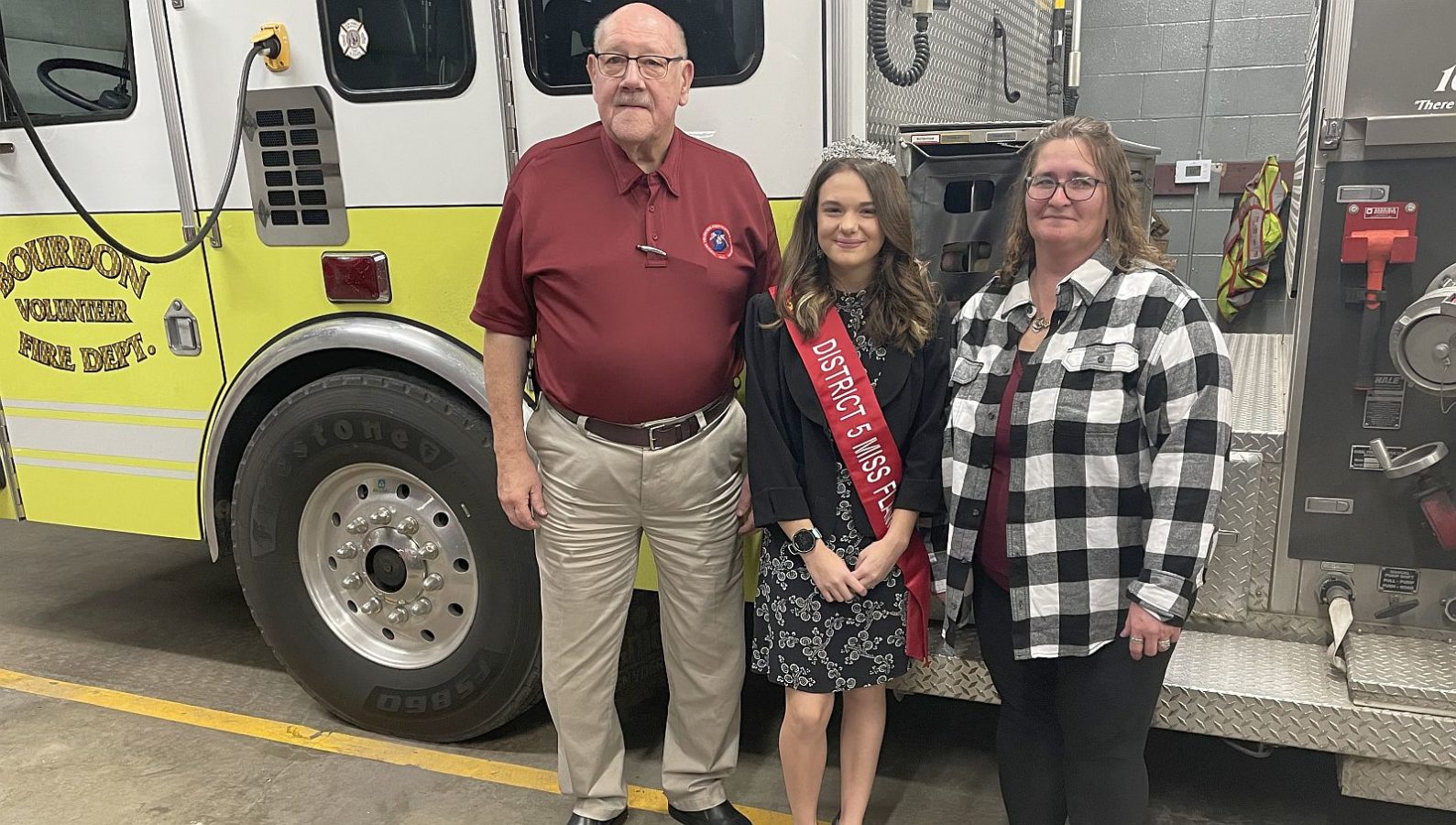 To qualify, single females must have an immediate family member who is a member of the IVFA or IVFA auxiliary and an active member of a fire department or auxiliary.  They cannot have any children and be between the ages of 15 and 18 and reside in Indiana.

Savannah Lyon was selected as District Five’s Miss Flame. She will be entered into the State Miss Flame Contest that will be selected at the State Convention in June.  Judging will be based on the fire department and community involvement, appearance, personality, poise, conversational ability, and ability to express ideas.

Savannah is a sophomore this year and is homeschooled, but also attends Heritage Christian Academy in South Bend.  Her activities include running Cross Country for Argos High School, singing on her church’s worship team, being an assistant childcare provider, and helping with the Argos Fire Territory with various activities.  Savannah’s future plans include becoming a hair stylist and photographer.

Fire Departments in District Five include: