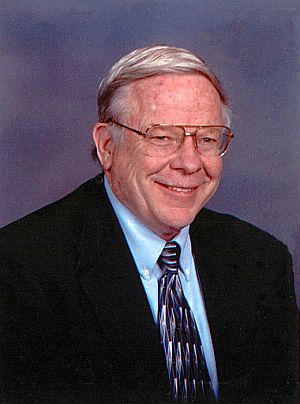 Michael (Mike) K. Mercer, 82, of Plymouth passed away on Friday December 30, 2022 at the Pilgrim Manor Nursing Home in Plymouth, IN.

Mike was born on March 17, 1940, in South Bend, IN to the late Harold and Zelma (Runyon) Mercer.  Mike attended Riley High School and then graduated from DePauw University with a degree in History. He later went on to obtain his Master’s Degree from the University of Notre Dame.

Mike was employed in Plymouth in 1962 as a history teacher at Lincoln Junior High School and taught his entire career there for a total of 45 years.  His passion was not only for teaching but also coaching basketball for 45 years and baseball for 30 years.   He drove the bus for sporting events and after retirement drove for the school corporation for a total of 60 years of employment with Plymouth Community School Corporation.

Mike was known throughout the Plymouth Community for his caring and mentoring of up to 1000 young kids, not only in the classroom, but by assisting them with scholarships, taking them on travel experiences (many times in his Winnebago Camper) of which many were to Notre Dame games, Bowl games, and other sporting events.  He was a positive mentor and a role model for all students and many adults.  He coached, officiated, announced, and kept score books for many of the sporting events.

Mike was famous in Plymouth as the “winningest” coach in history; his 7th grade basketball team racked up 308 wins and only 100 losses over his years of coaching more than 500 kids.

Mike’s dream was for kids to make a better life for themselves and their community; a dream he demonstrated everyday to those around him.  Mike continued service to his community by being a volunteer at the Neighborhood Center, a substitute teacher, a foster parent, as well as Little League Commissioner. Mike also enjoyed traveling, lawn work, and golf.

Mike is survived by his sister; Marilee Mercer-Wead of Wilmette, Illinois.  He was preceded in death by his parents; Harold and Zelma Mercer and brother-in-law, Gordon Wead.

Memorial visitation for Mike will be held from 10am-1pm on Thursday, January 5, 2023 at the First United Church of Christ, 321 N Center St. Plymouth.  A funeral service will begin at 1 pm in the church with Pastor Lauren Hall officiating. Burial will take place at Riverview Cemetery, South Bend, IN.

Memorial Contributions may be made in Mike’s name to the Plymouth Athletic Department, #1 Big Red Drive, Plymouth, IN 46563.

Online condolences to the family can be sent via the Palmer Funeral Homes website at www.palmerfuneralhomes.com