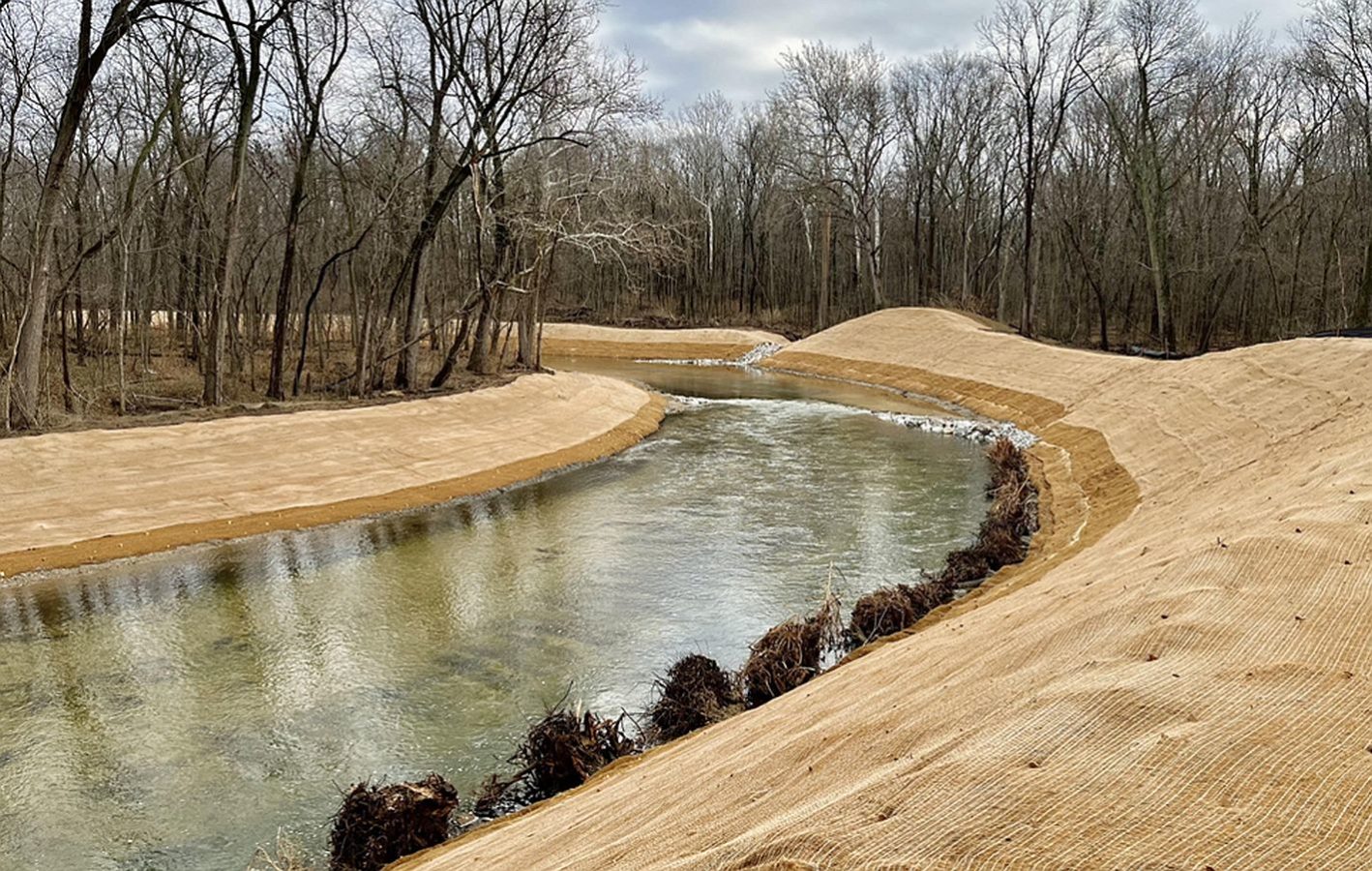 In December 2020, representatives of the Kankakee River Basin and Yellow River Basin Development Commission pitched their vision to reconstruct a section of the Yellow River to federal and state officials.  Exactly two years later, that vision is now a lasting asset for Northwest Indiana.

For the second straight year, workers completed the nearly two-mile long project for less than was budgeted.

“Right out of the gate, the Commission tackled the Kankakee River Basin’s major source of channel-clogging sediment,” said Commission Executive Director Scott Pelath.  “After just two work seasons, the complete transformation of one of the most highly degraded sections of the Yellow River is remarkable to observe. The investment will yield widespread dividends for years to come.”

“This is the largest streambank project ever in Starke County, and one of the largest of this type anywhere,” said Commission Secretary and Starke County resident Bill Crase. “The goal is simple. We need to cut down the amount of sediment entering our rivers. It is harder for rivers to hold water when they’re filling up with sand.”

Pelath emphasized that projects like these benefit the entire watershed.

“Carefully designed water projects have impacts far beyond their immediate locations,” said Pelath. “Every grain of sand from the Yellow River is deposited somewhere downstream in the Kankakee River.  When we reduce erosion and improve water quality, both upstream and downstream areas receive value in return.”

The purposeful reduction of Yellow River sediment is a key facet of the Commission’s forty-year work plan, which was adopted under state law.  Another stretch of Yellow River reconstruction is currently being permitted, with work slated to take place in 2023.

“We have years of work ahead of us,” said Crase. “It took a century to get to this point. But the completion of Phase One is a key milestone in the Commission’s long-term efforts to mitigate flooding in the Kankakee River Basin.”

Cardno, now Stantec, in Walkerton designed the Starke County project, and The Stanger Group from Goshen completed its construction.  For further information or photographs regarding this project, please contact Executive Director Scott Pelath at sdpelath@gmail.com, kankakeeriverbasin@gmail.com, or (219) 861-7999.