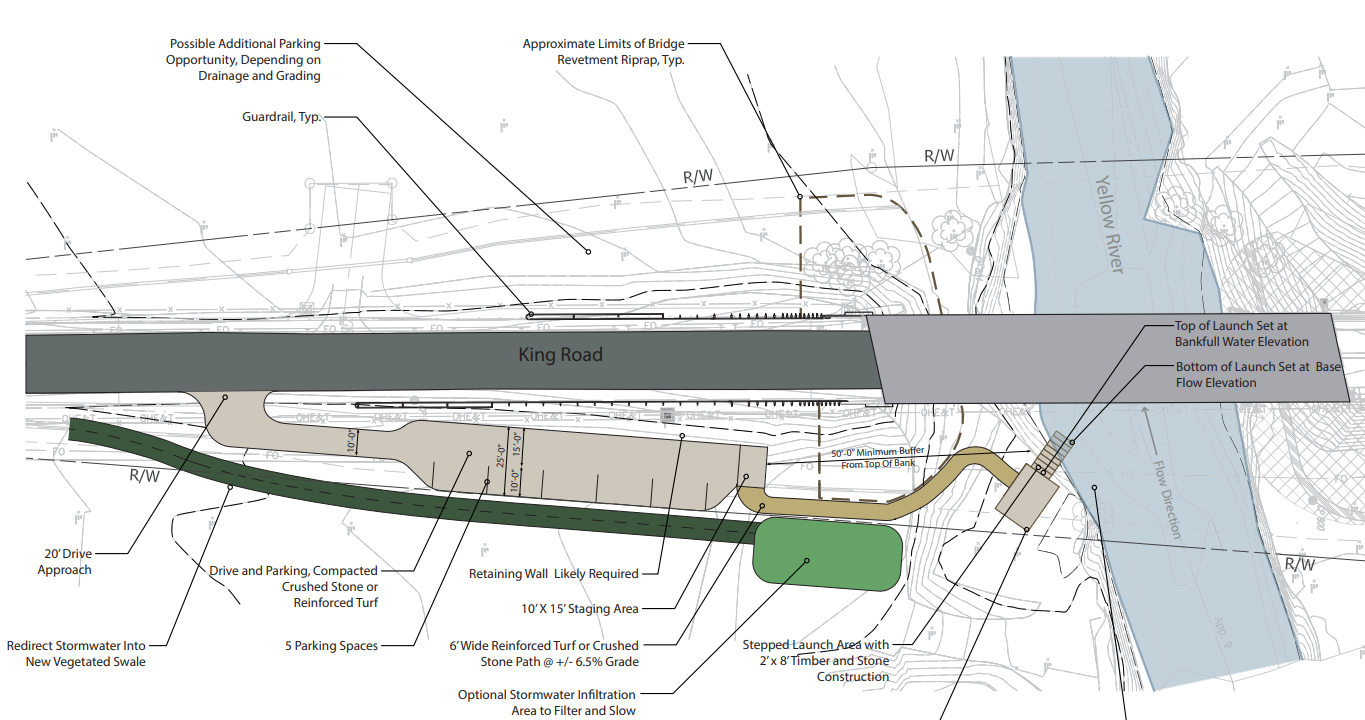 Last week members of the Marshall County Park and Recreation Board heard an update on a possible canoe and kayak launch at the King Road Bridge.

Committee Chairman Terry Borggren presented two detailed proposals created by USI Consultants.  The initial concept includes a 10-foot-wide drive down to five-parking spaces.  From the parking lot, there is a 6-foot-wide trail down to a landing and then a stepped launch with timbers and stone construction that would have the bottom set at the base of the flow elevation.

Borggren had concerns with the narrowness of the driveway which would be difficult to turn around to exit. A second design was created with a 20-foot-wide driveway, 8 standard parking spaces, and 4 trailered parking spaces.  From the parking area, users would take the path of reinforced turf or crushed path to the launch area.

Both concepts include redirecting stormwater into a vegetated swale down to an optional stormwater infiltration area which would filter and slow the stormwater discharge.

The second design would require acquiring about an acre of land from the property owner.

Borggren said USI had not completed any cost estimates on either of the design concepts.

The Marshall County Park Board also approved the invoice from USI for the kayak launch study in the amount of $3,242.  The funding came from a grant from the Arrowhead Country Resource Conservation Development.