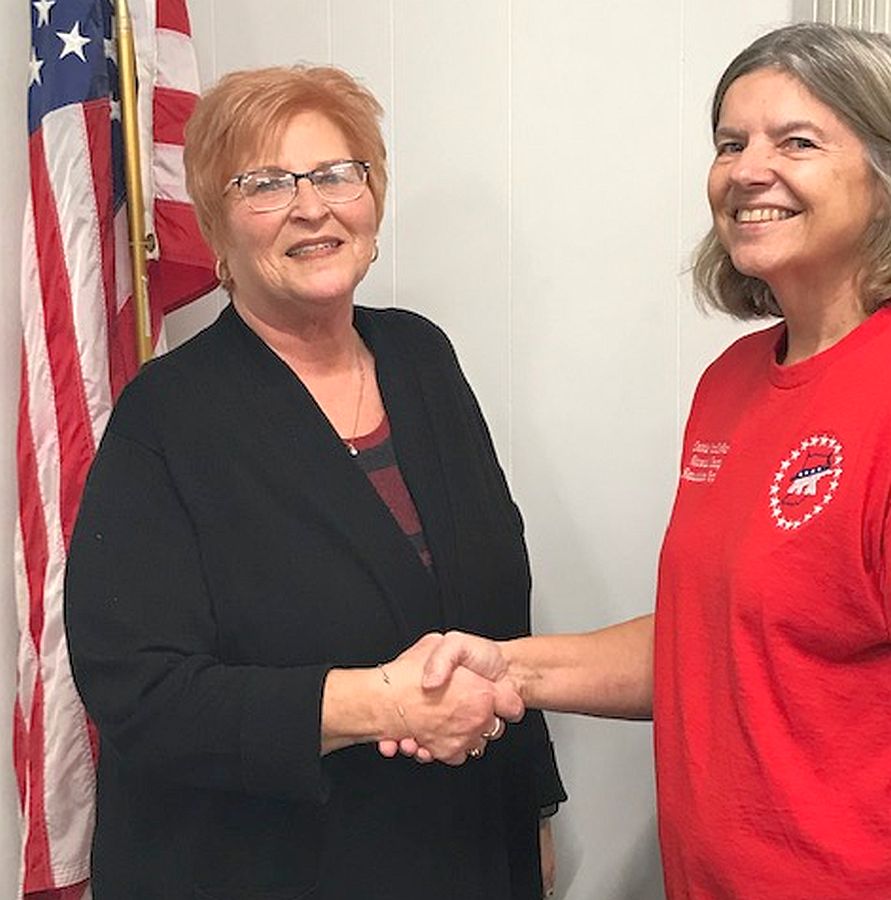 Kelly Einspahr will be the next Marshall County Treasurer.

Wednesday evening the Marshall County Republican Party conducted a caucus to fill the vacancy that will happen at the end of the year when current County Treasurer Angie Birchmeier resigns to become the County Auditor on January 1st.

Speaking in alphabetical order, Kelly Einspahr was first and said that she has been a dedicated county employee for nearly 18 years. She has spent the last 7 years in the Assessor’s office and started in the County Auditor’s office in 2005.  Prior to that, she was the Hotel Manager at the Swan Lake Resort and prior to that was a self-employed licensed cosmetologist.

Kayla Krathwohl told the precinct members she is a lifelong county resident and graduated from Argos High School.  She graduated from IUSB and accepted a position with a third-party financial company tied to the automotive industry.  She then accepted a position in the Fulton County Auditor’s Office and was there just over a year when a position in the Marshall County Auditor’s Office opened and she was hired by Julie Fox.  Kayla said she is a team player, hardworking with a positive attitude and a smile on her face.

After their speeches, the precinct committee members adjourned to the back room and voted their secret ballots.  Ballots were counted by non-voting Republicans who attended the caucus and County Chairman Deb VanDeMark announced Kelly Einspahr as the winner.

Kelly will become the County Treasurer on January 1st, 2023, and serve the remaining two years of Birchmeier’s term.