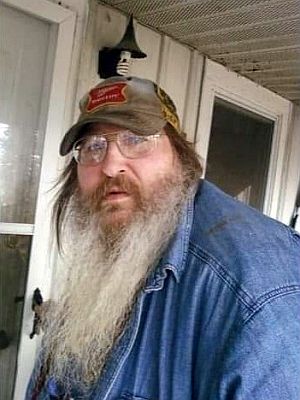 PLYMOUTH-James K. Moyer, 68, passed away on Monday, November 21, 2022 at Life Care Center, Rochester.
Born on October 26, 1954 in Plymouth, Indiana he was the son of Robert and Luella (Zehner) Moyer. He attended Plymouth High School graduating with the class of 1973. James also received his Bachelor’s Degree in Business from Ancilla College.
He was a farmer for most of his life but also worked at Lobdell, Moor Man’s Feed Sales and sold seed for McCurdy. Known as a stubborn but kind hearted man with a great sense of humor that was always willing to lend a hand to those in need.
James enjoyed going on his fishing trips to his cabin in Michigan and to Lake Erie. An avid deer hunter that never missed out on the season. He bought and resold countless knives and swords. A muscle car enthusiast that owned a Plymouth Road Runner. During fair season you would often find James at the Marshall County Fair working at the Dairy Barn.
He was a member of the FFA and Marshall County Pork Producer.
He is survived by his children: Jennifer (Tom) Kelso of Noblesville, IN; James (Audra) Moyer of Argos; Garth Moyer of Plymouth; Brandon Moyer of Plymouth; siblings: Yvonne (Jerry) Quint of Plymouth; Doug Moyer of Oregon, WI; Diane Johnson of Plymouth; grandchildren: Tristen, Breann, Matthew, Zachary, Jasmine, Teagan, 1 great-grandchild as well as several nieces and nephews.
James is preceded in death by his parents, brother Neil Moyer and nephew Joshua Quint.
Visitation will be held on Wednesday, November 30, 2022 from 11-1 pm at the Johnson-Danielson Funeral Home, 1100 N. Michigan Street, Plymouth. A time of sharing will immediately follow.
Burial will take place in the New Oak Hill Cemetery, Plymouth.
Condolences may be sent to the family through the website:  www.johnson-danielson.com<http://www.johnson-danielson.com>