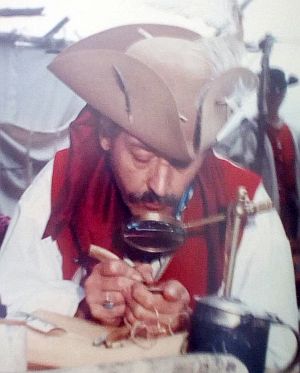 Born in Mishawaka, Indiana on December 22, 1945, Tom was the son of Arthur and Ruby (Hover) Miller. He graduated from Penn High School with the class of 1964. He attended Indiana University- South Bend for two years and then graduated from Palmer Chiropractic College in Davenport, IA as a Doctor of Chiropractic.

He would meet Laurie A. Snell on a blind date set up by friends and remain inseparable. On September 19, 1970, the two would wed in St. Thomas the Apostle in Elkhart, Indiana. He served in the U.S. Army and was stationed in Germany as a MP with his wife and oldest son Chris.

A workaholic and goofball combined, Doc started his career working for Dr. John Bottorff Sr., DC in the 1970s until he opened his own clinic, Thomas Miller Doctor of Chiropractic in Plymouth. He would serve the community and help those in need until 2019 when he retired due to health reasons.

He was a member of St. Michael Church where he served as a proclaimer, cantor, choir member and Eucharistic minister. Doc was also a member of the Plymouth Knights of Columbus for over 30 years.

Doc was big into reenacting the pre-1840s and was a member of the Menominee Muzzle Loaders for over 35 years. He also did scrimshaw carvings and liked flyfishing and hunting.

Memorial contributions can be made to the Plymouth Knights of Columbus, 901 E. Jefferson Street, Plymouth, IN 46563.

Notes of condolence may be sent to the family through the website:   www.johnson-danielson.com