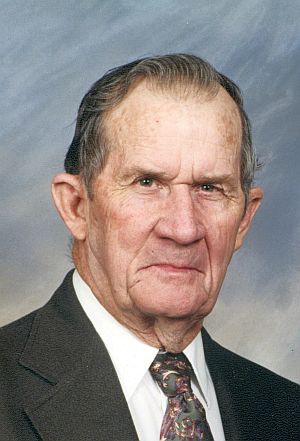 John H. Samuelson, 93, passed away on Monday, October 24, 2022 at St. Joseph Regional Medical Center, Mishawaka.
Born on November 25, 1928 in Plymouth, Indiana he was the son of Henry and Louise (Walter) Samuelson. He attended West High School graduating with the class of 1945. John proudly served his country in the Coast Guard and the U.S. Army.
In Plymouth, John married Ruth Beatty on May 8, 1949, she preceded in him death. The couple made many memories through the years while raising their four boys.
John was a lifelong dairy farmer and construction worker. He was a stoic man, often referred to as a man of few words, but when he did speak, his words counted. John was an extremely hard worker with a gentle soul and a tender heart. Described as someone who was always consistent with everything that he did, always placing his family first before everything else.
He was an avid woodworker that made countless masterpieces, that family and friends will always cherish. John also enjoyed, gardening, fishing and hunting.
He is survived by his four boys: Curt (Melissa) Samuelson of Plymouth; Thomas (Lisa) Samuelson of Plymouth; Phillip (Karen) Samuelson of Carmel, IN; and Todd A. Samuelson of Donaldson; 9 grandchildren: Cassidy (Matt) Davis, Spencer, Ian (Jessie) , Hannah , Bailey (Patrick) Lunte; Dan (Katie), Audrey, Garrett and Madeline; great-grandchildren: Leo, Weldon, Simon, Ellie, Easton and Hallie; sister Bernice Umbaugh.
John is preceded in death by his parents, wife Ruth, sister Claire and his brother Ralph.
Visitation will be held on Wednesday, November 2, 2022 from 11-1 pm at the Johnson-Danielson Funeral Home, 1100 N. Michigan Street, Plymouth. Funeral services will immediately follow with Pastor Dennis Wenzel officiating.
Burial will be in the Immanuel Lutheran Cemetery, Donaldson.
Memorial contributions can be made the Immanuel Lutheran Church, 6835 Union Road, Donaldson, IN 46513.
Condolences may be sent to the family through the website:  www.johnson-danielson.com<http://www.johnson-danielson.com>